For making this more helpful and clear for youWhen you have added some languages in Store languages in Shopify admin already then these languages would be synced to our app as the following rule: 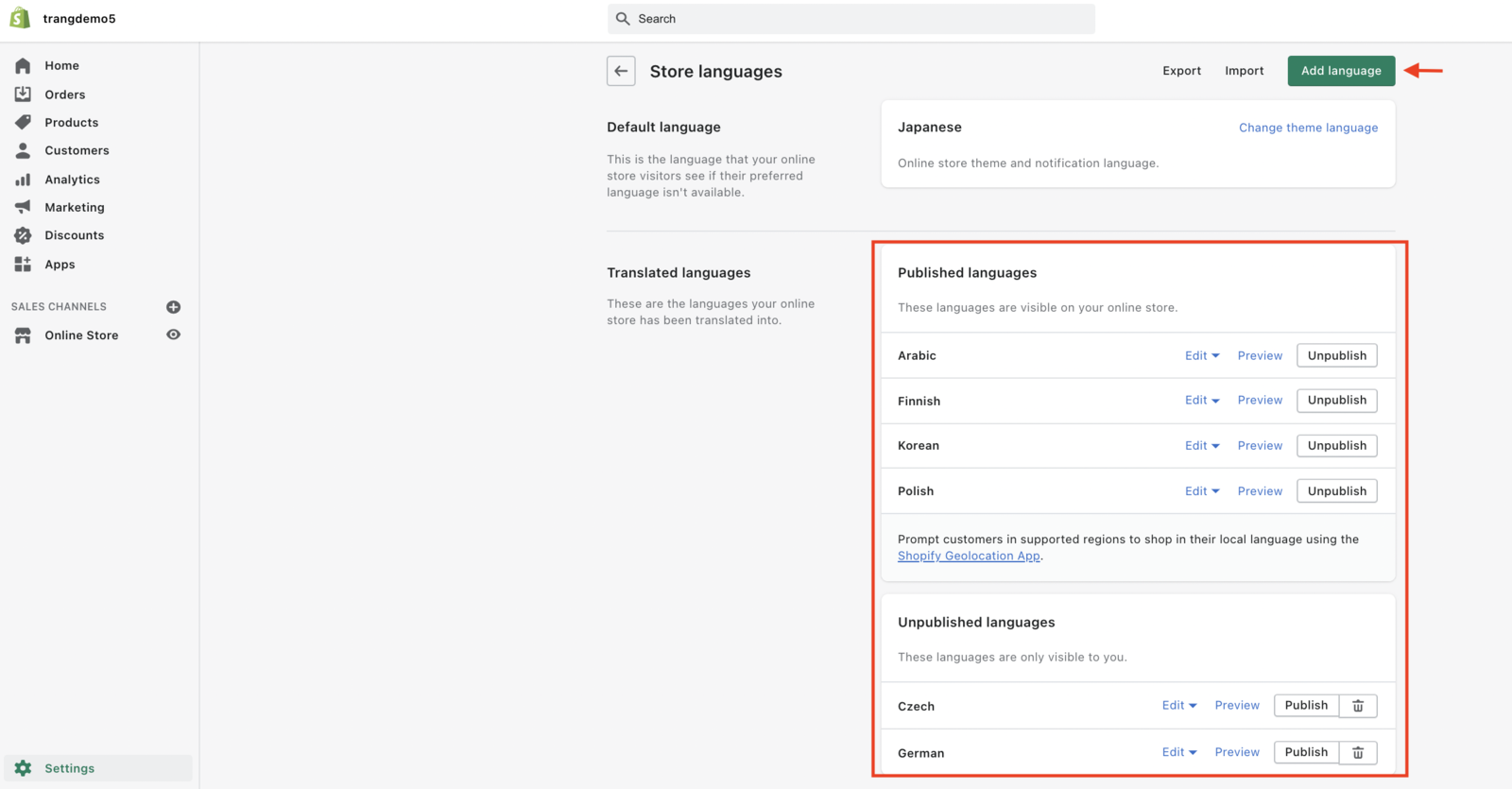 NEW INSTALLTranscy sync all Language added from Shopify to the app as target languages for Advance Language type with Unpublish status at default.

Users can go back to the app and publish these target languages according to the limit of Advance Language number of their current plan. More details about limits on per plan, please check here. Sync all actions applied for languages between Shopify and Transcy:- In-app --> Shopify: sync Publish, Add, Remove - Shopify --> In-app: sync Unpublish, Add, Remove NOTE:When adding languages in-app, the number of languages ​​added (Basic/Advance) follows the current user's plan limit, user can't add more target language when the limit of language number is reached.The status of the language (Publish/Unpublish) has no effect on adding the language.User who have downgraded from a higher plan to a lower plan can have more languages than the language limit of their current plan but can't publish more languages if the language number limit is reached.WHEN USER DOWNGRADE PLANAll target languages (Advance, Basic) will be back as Unpublished status and users have to republish themselves according to their current plan limit. Please check here to learn more.GENERAL RULE:Apply for both Advance and Basic language:Publish languages ​​(in-app) --> appear on SwitcherUnpublish languages ​​(in-app) --> not showing on SwitcherReferences:What happen if I delete the target language?What will happen when I upgrade/downgrade plan in Transcy?