In-appThe order of Target Language appears in the list according to the following rules:First time adding target languages, Target Language in-app will be displayed in the order following which be selected at dropdown list from the oldest language to the latest one added. The first one added on the dropdown list will be shown up at the top. And the last one will be at the bottom of the list in-app.Example:Adding Chinese (Simplified), Dutch in Basic language list, and then Chinese (Traditional), French, German, Japanese, Korean in Advance language list into the app. 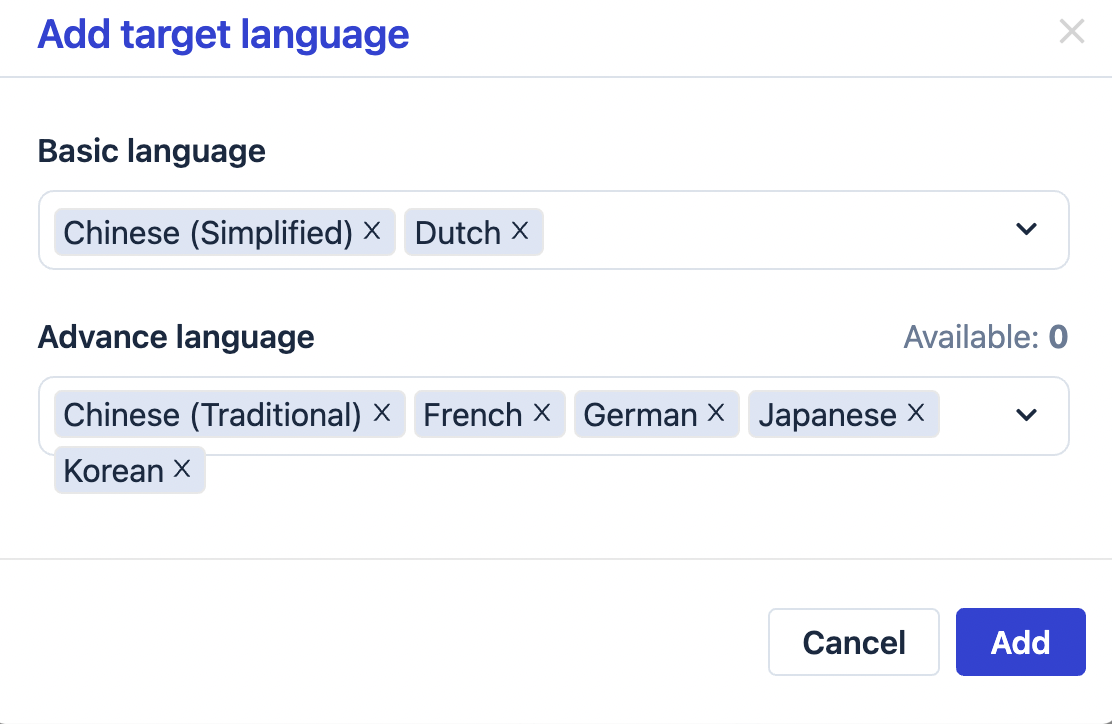 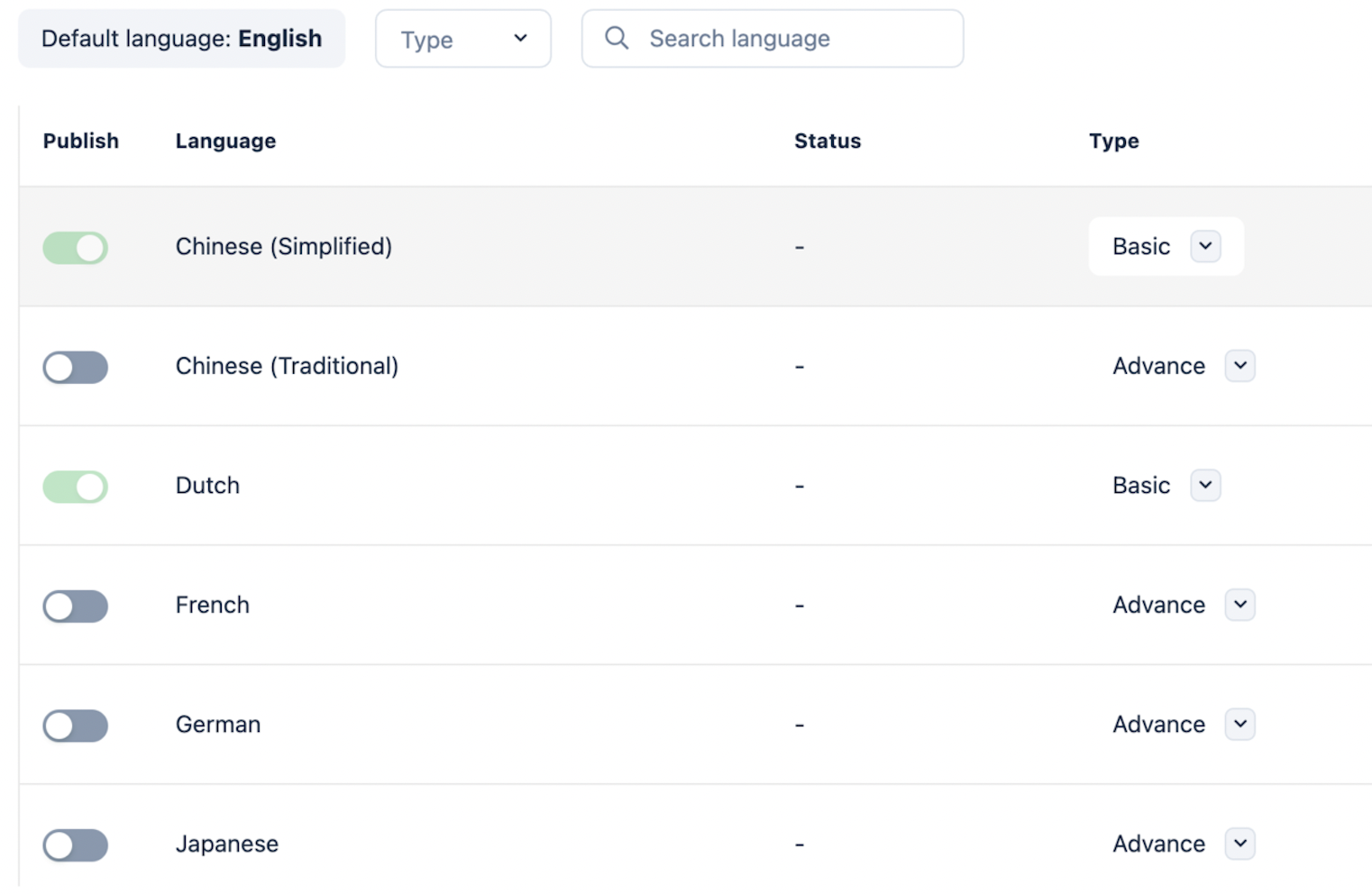 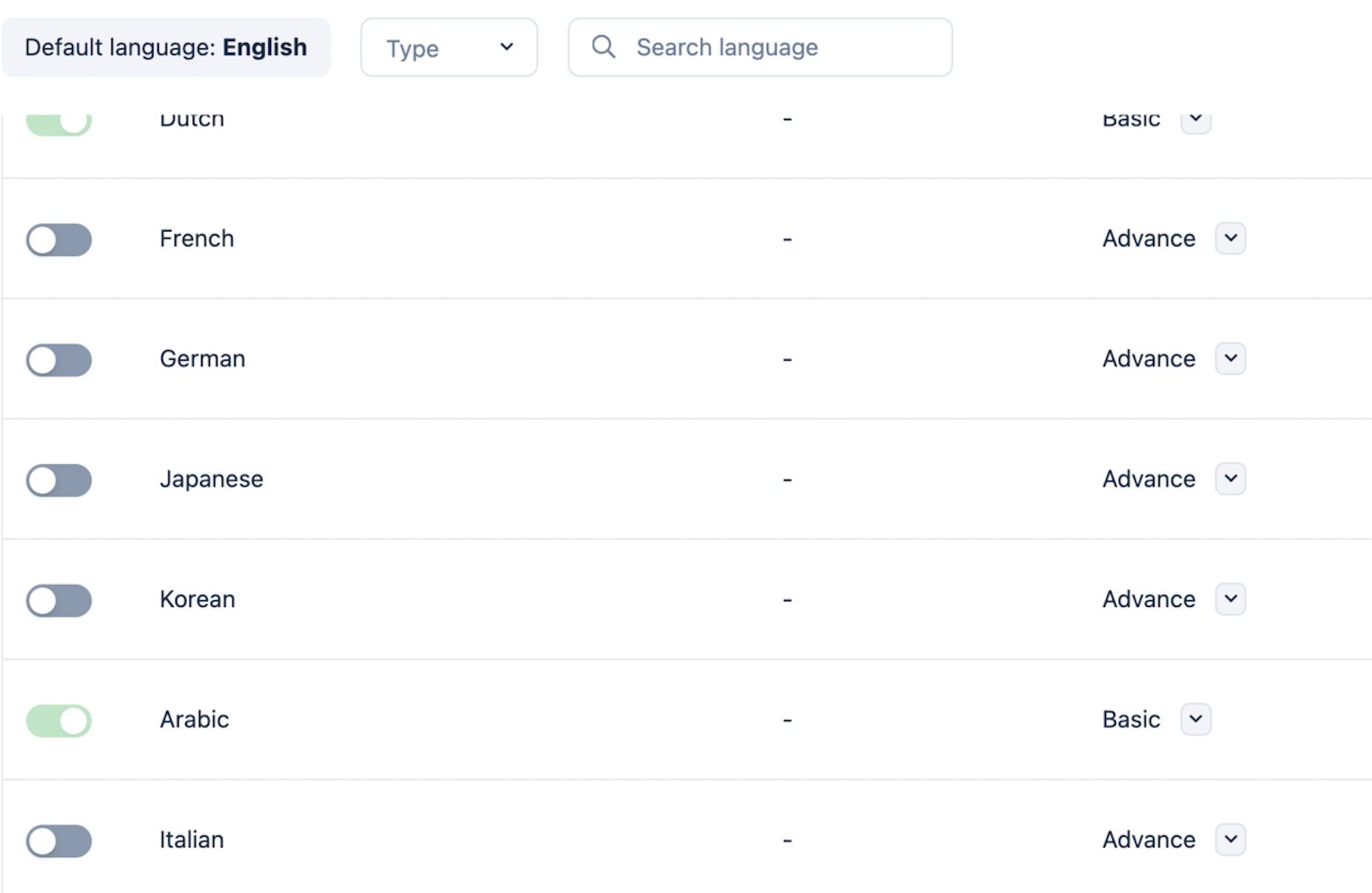 User can change the position of Target Languages ​​in the list in-app by Pin/Unpin.The language with the closest pin will be at the top of the list. 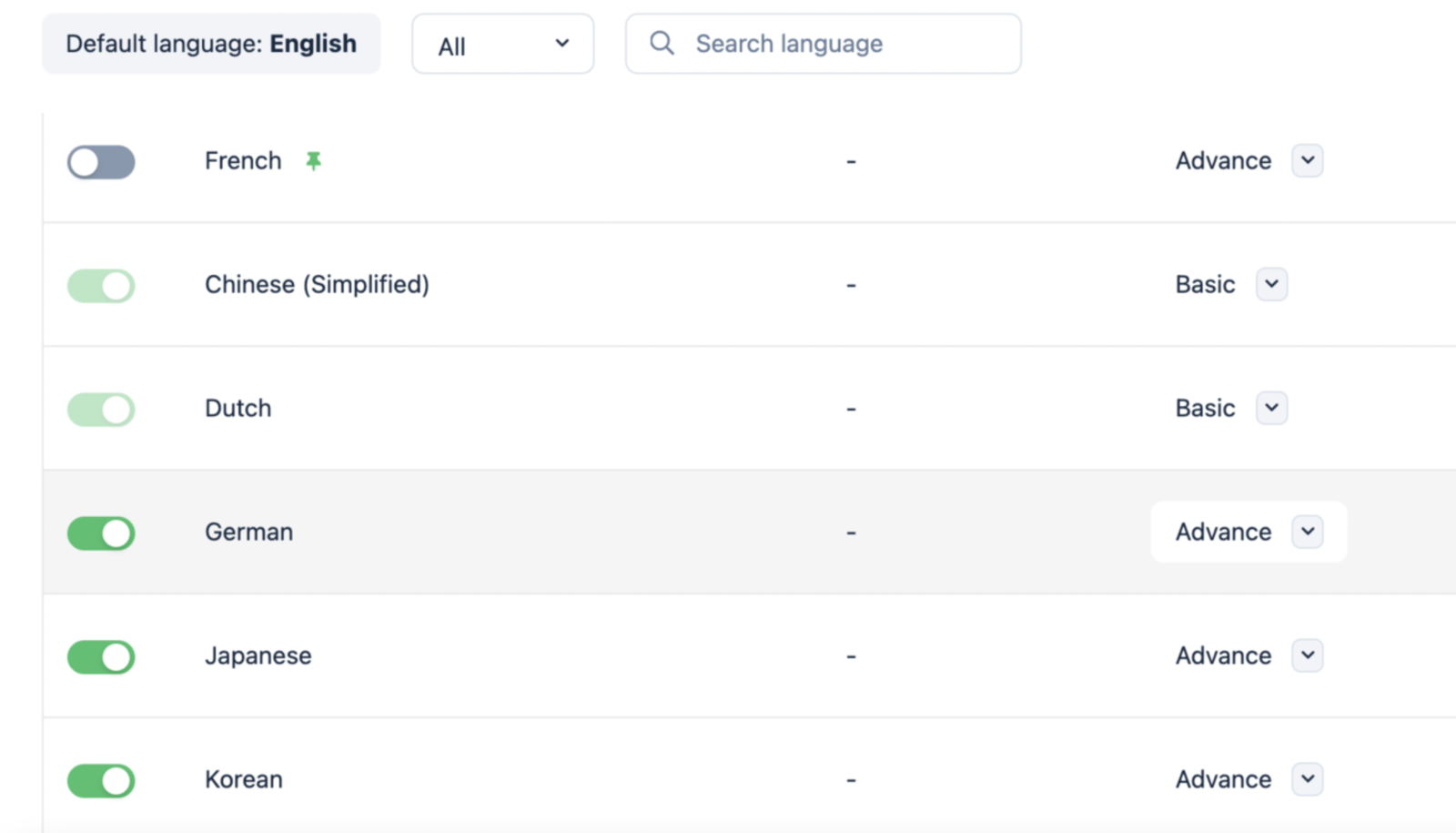 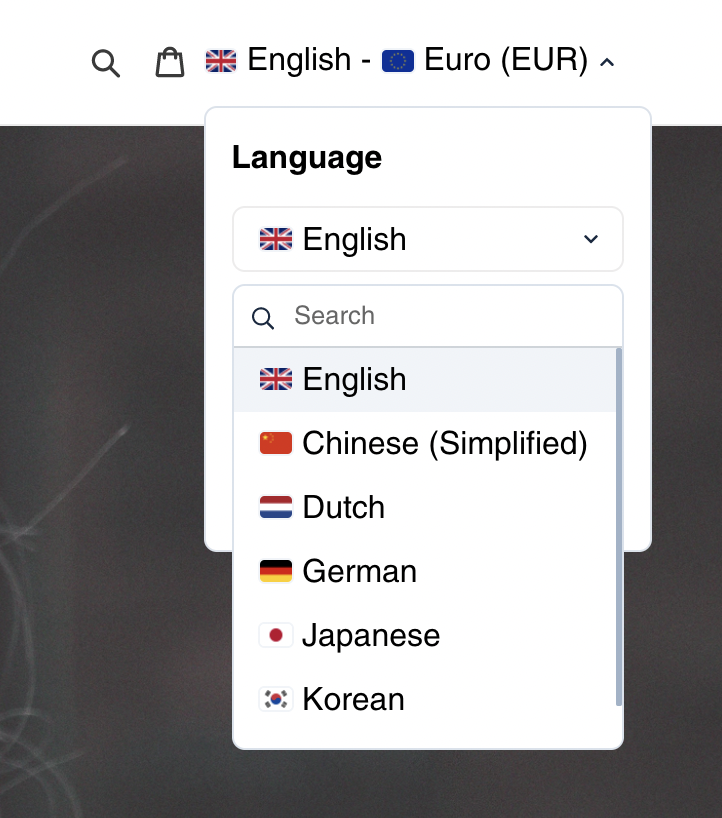 Should you need further support, please feel free to contact us via live chat or email us at support@fireapps.io