After adding target languages, Target Language in plugin will be displayed in the order as the same as the order of added target language in the dropdown list. On the next adding, the closet ones added will be at the top of the list in plugin. The first ones added will be at the bottom of the list in plugin.Example: You first select Japanese, Korean, Swedish, Russian respectively as target languages in the dropdown list, then add to the plugin. So you see the display order from the top to the bottom is Japanese, Korean, Swedish, Russian. 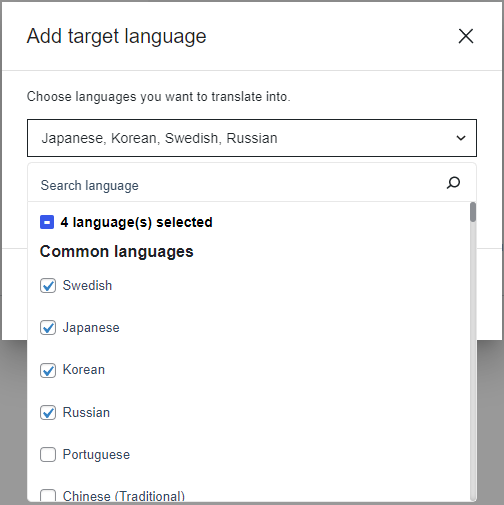 NOTE: After adding target languages, languages will be in Unpublish status at default. You need to publish language to see it's shown up on Switcher.You can change the position of Target Languages ​​in the list by Pin/Unpin.

The language with the latest pin will be at the top of the list.Unpin a target language will revert that language back to its previous position.The display order of published target language in plugin as the same as the display on SwitcherShould you need further support, please feel free to contact us via live chat or email us at support@fireapps.io